Back to Board & Staff
Donate 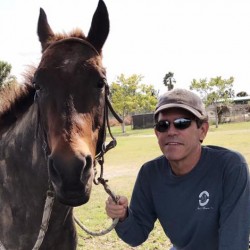 President and Owner of Pressman Engineering & Technology, Inc. (P.E.T. INC.), Roy runs a full-service company which oversees the engineering of radio stations, recording studios and radio networks all over the United States. Today, he is one of the most respected engineers in the radio business, having held top engineering positions at Heftel, Community Service Broadcasters, Gilmore Broadcasting, Paxson Communications, and Radio Unica. Roy has also served as a consultant to the University of Miami and Florida International University for over 20 years.

Roy has been a lover of animals for his entire life. He became interested in dog training and showed his dogs in the obedience ring. He served as Training Director for the South Dade Kennel Club. Roy has been involved in horse rescue and the SFSPCA for over 18 years. He enjoys spending much time with his family of rescues: two horses, two dogs and one cat.

Give a Herd Some Hope