SFSPCA Rescue Ponies Alice and her blind baby Ally wish they may and wish they might have some sponsors by Christmas night! 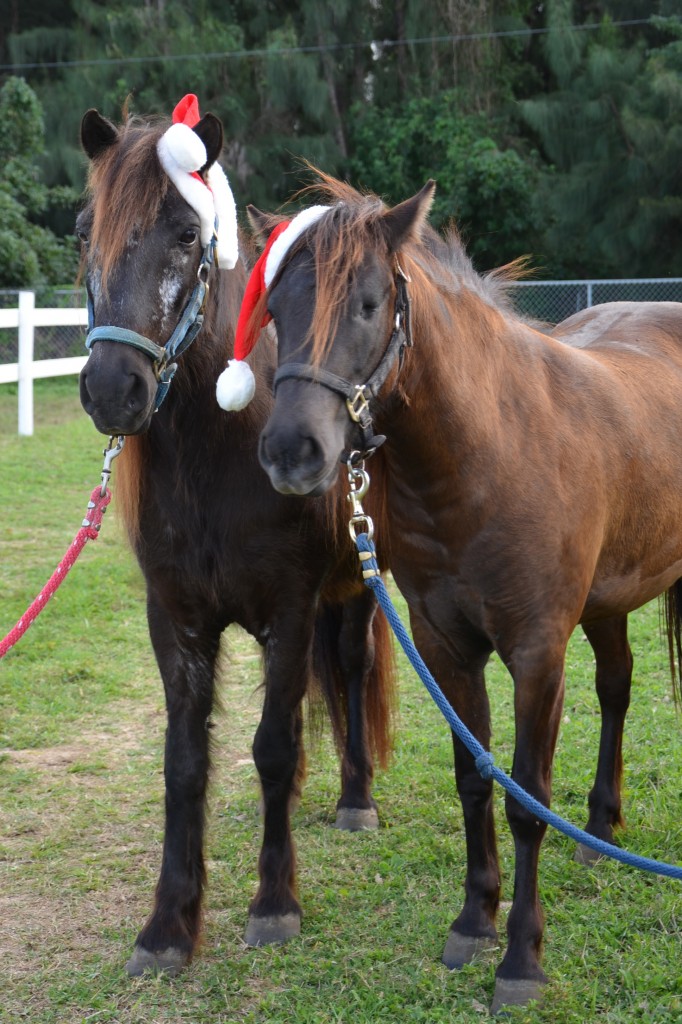 MIAMI, FL (December 19, 2013)  How many times did you ask, beg and plead for a pony for Christmas? How’d that work out for ya?  Well, here’s your chance to do the next best thing and sponsor TWO rescue ponies for Christmas!

Meet Alice and Ally. Alice is a 12 year old pony rescued with her blind baby in 2011. Baby Ally was only a few weeks old at the time and had raging infections in both her eyes. Despite immediate treatment by South Florida SPCA veterinarians, Ally’s eyesight could not be saved.  In fact, one of her eyes was so painful that it was removed.

The saddest thing is that Ally was not born blind. She became blind because of the neglect of her former owner. As for Alice, what a wonderful children’s pony she could have been. Unfortunately, she had been ridden and abused by adults! We at South Florida SPCA Horse Rescue have never worked her under saddle. Though Alice is making progress, she is still too traumatized. Rightfully so.

One thing in this world that Alice does love though is her baby Ally. She is loving and protective of her blind baby. Because of Alice, Ally runs, plays and enjoys a great quality of life.

Alice and Ally are looking for their “forever home” with someone who has the skill, time and love to work with Alice. Until that perfect home becomes available, Alice and Ally will stay with South Florida SPCA where they will receive the specialized care that they need and deserve.

Home to over 65 horses and other large domestic animals, it costs SFSPCA an average of $500 a month for each horse. Won’t you help by sponsoring Alice and Ally for as little as $20 a month? To sponsor Alice and Ally, go to http://www.spca-sofla.org/th_gallery/alice-ally.

Founded in 1992, South Florida SPCA is a 501 (c)(3) non-profit, one of the five oldest, largest continuously operating horse and large animal rescues in the United States.