Soy Yo on Track to Recover 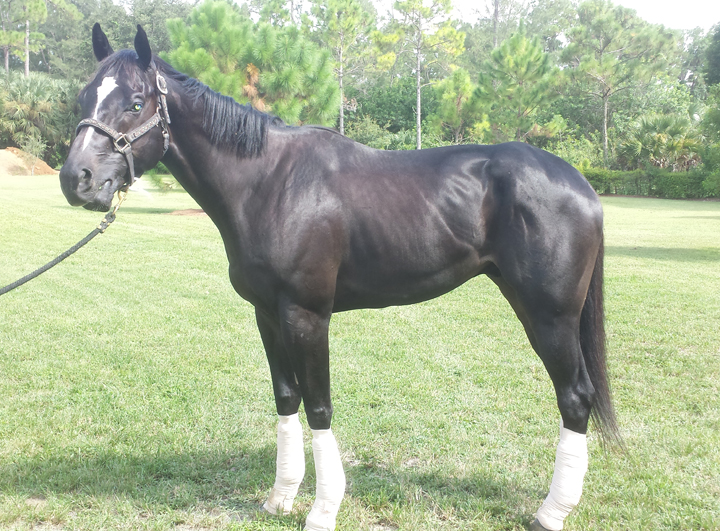 Soy Yo recovering from surgery on all four legs. (Photo © South Florida S.P.C.A.)

Soy Yo, the starving racehorse rescued on July 10 in Miami Gardens, underwent surgery yesterday to treat broken sesamoid bones in all four of his legs at Reid and Associates in Loxahatchee. He was released today to Laurie Waggoner, director of ranch operations for the South Florida S.P.C.A., and will continue on his road to recovery at the organization’s ranch in Homestead.

Soy Yo’s last start was on February 13 of this year, but there was no love for him that pre-Valentine’s day when he finished eighth at Gulfstream Park. The four year-old dark bay stallion’s racing days, which included three visits to the winner’s circle, were over. He was used up, broken down, and tossed out.

“Soy Yo wasn’t winning anymore,” said Jeanette Jordan, executive director of the South Florida S.P.C.A., “and what I know happens, they want to get it off the payroll so they just hand it off. Then the horse enters a dark hole.”

That dark hole turned out to be a ramshackle boarding facility in Miami Gardens. On July 10, 2013, Soy Yo was found wasting away; only scoring a 1 on the Henneke body condition scale, the once-powerful 17.1 hand thoroughbred had become “a walking skeleton,” according to Waggoner. The location was familiar, where only two days prior she had busted down a nailed-shut stall to reach two paints left to starve to death. They, along with Soy Yo, were taken to the SPCA’s ranch for immediate medical treatment and are still in recovery from the ordeal.

While the legal ramifications are being handled by the authorities, So Yo is being given every possible chance at a happy, healthy life. It hasn’t, nor will it be, easy for him. The huge horse with the sweet eyes and velvety smooth coat regained weight very slowly due to his large size. He was gelded as per SFSPCA policy once he was healthy enough, but has been kept apart from the others as he adjusts from being a stallion. Now, his legs must heal. Amazingly, after all that he has been through, Soy Yo is very friendly and affectionate.

The SFSPCA has, and will continue to, go the distance for this horse. It is believed that once healed Soy Yo will be rideable and will be a great horse for a future adopter.

To read more about Soy Yo’s rescue, click the links below: