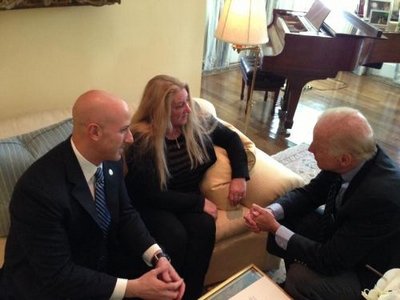 CHICAGO – The omnibus bill pending before Congress this week contains language that will end the possibility of proposed horse slaughter plants opening in New Mexico and Missouri. The last three plants were closed in 2007 under state laws, and Congress had defunded required inspections which made it impossible for them to open in other states until 2011.

In 2011, the GAO produced a report claiming that these closures had caused a dramatic increase in the rate of abuse and neglect. This report was used by members of a small conference subcommittee to justify stripping the defunding language that had been placed in the 2012 House Agriculture budget but not in the Senate version. The GAO report was later discovered by EWA to have been falsified.

The new defunding language contains not only defunding, but also a stipulation that funding not be restored until and unless the Food and Drug Administration makes a determination that meat from American horses can be made safe to enter the food supply. The FDA regulates which drugs are safe in meat animals as well as their withdrawal times. The FDA currently categorizes horses as companion (non-food) animals. Such a determination would most probably require a reduction in the drugs available to treat horses and an increase in the required tracking of such treatments as is currently done with meat animals.

Defunding language was passed by both the House and the Senate Agriculture Appropriations Committees in 2013 with super majorities, but neither budget reached the floor for a full vote. Last week with crucial support from Vice President Biden and congressional leaders, the defunding language was put into the omnibus bill.

“Victoria McCullough was the one who made this happen.” explains EWA President John Holland, “It was the fact that Victoria, an accomplished international equestrian and CEO of Chesapeake Petroleum, was spending her own fortune without regard for any personal gain that I believe gave her the credibility to accomplish this.”

The success of this effort surprised many in Washington, since this budget has uncharacteristically little in the way of riders. Separate legislation will be needed to be passed to stop the export of US horses to Canada and Mexico for slaughter.