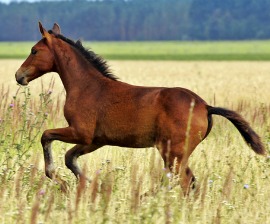 BRUSSELS (8 December 2014)  The European Commission has implemented a conditional ban of the import of horsemeat from Mexico following a series of audits by the Food and Veterinary Office. The audits consistently identified serious problems with the lack of traceability of horses slaughtered for EU export with origins in the United States and Mexico, particularly regarding veterinary medical treatment records. The most recent audit published on 4th December is a damning indictment of the horse slaughter industry and the Mexican authorities’ failure to rectify previously identified problems.

Although the ban has been introduced due to food safety concerns, animal protection group Humane Society International/Europe says the decision could potentially have a positive animal welfare impact in reducing the number of horses suffering in the Mexican slaughter pipeline.

Dr. Joanna Swabe, HSI’s European Union executive director, welcomed the decision: “Banning horsemeat imports from Mexico is long overdue. For years Humane Society International has repeatedly sounded the alarm about horsemeat entering the food chain that does not fully meet EU safety standards. As well as safeguarding EU consumer safety, closing our borders to horsemeat from these countries is important for animal welfare, too. Horse slaughter, regardless of which country it is in, is fraught with inherent cruelty.”

Currently 87 percent of the eligible horses slaughtered in Mexico for meat export to the EU originate from the U.S.; horses are not bred to be eaten in either the U.S. or Mexico. Additionally, the use of veterinary drugs such as phenylbutazone, banned for use in food animals, is widespread; mandatory lifetime medical record-keeping is non-existent in both countries.

As confirmed by the latest audit, the FVO has consistently found questionable the reliability and veracity of vendor statements about U.S. and Mexican horses’ treatment records, meaning such meat entering the EU could contain banned veterinary drugs. The FVO also confirmed HSI’s particular concerns regarding the very poor welfare conditions at export facilities located in the U.S., during transport from the U.S. to Mexico and at the slaughterhouses.

HSI acknowledges that the Commission is at last taking rigorous steps to protect EU consumer safety, but would like to see a moratorium covering Canada, Argentina, Brazil and Uruguay where similar traceability problems with horsemeat exports persist.