Press release from the office of Katherine Fernandez Rundle, State Attorney
Eleventh Judicial Circuit in and for Miami-Dade County 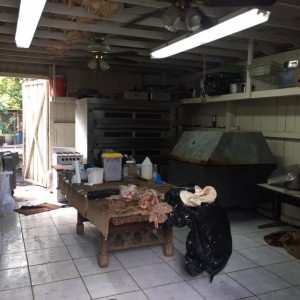 Miami (December 17, 2015) – As a result of a joint investigation by the Miami-Dade State Attorney’s Office, the Miami-Dade Police Department, undercover investigators from the Animal Recovery Mission (ARM) group and officers from the Florida Wildlife Commission, 45 year old Angel Ricardo Vargas and 41 year old Mayelin Rodriguez were arrested and charged with felonies relating to operation of an illegal slaughterhouse at their residence at 19400 SW 136th Street, Miami-Dade County.

During an undercover investigation commencing on May 1, 2015 and ending today, undercover operatives visited the site on four (4) different occasions, often filming the acts of animal cruelty which entailed the repeated stabbing, hooking, dragging and boiling alive of animals intended to be sold to the purchasers who visited the residence. These animal slaughter activities were occurring in a residential area of Miami-Dade County and were not permitted to occur by existing zoning and health laws. 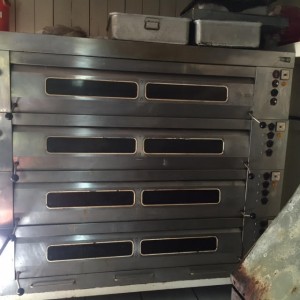 The on-site investigation has led to a variety of additional findings which may include the directing of potentially unhealthy meat into the food chain. The discovery of industrial ovens at the site and the filthy conditions have raised serious concerns which will need further investigation.

“Anyone involved in the food industry knows that there are easily performed, painless ways to slaughter livestock for food. At these illegal slaughterhouses, it seem to be too much trouble to render the animals senseless”, commented State Attorney Katherine Fernandez Rundle. “Instead of following Florida’s Laws, Angel Ricardo Vargas, and his wife, Mayelin Rodriguez turned a part of their home into an animal house of horrors. I applaud the partnership which allows my prosecutors, the Miami-Dade Police Department and the Animal Recovery Mission to effectively shut down such ghastly operations. Now we need to know if the meat from this site has been entering our local food chain. That state and federal investigation is now ongoing.”