A raid on an illegal slaughter farm in Southwest Miami-Dade today resulted in the seizure of approximately 90 animals, and three arrests were made. A Quarter Horse mare that was rescued from the farm is now under the care of the South Florida SPCA. She’s underweight and very lame but being treated. She’s eating, and safe tonight. Numerous pigeons, ducks, turtles and a chicken were brought to SFSPCA as well. 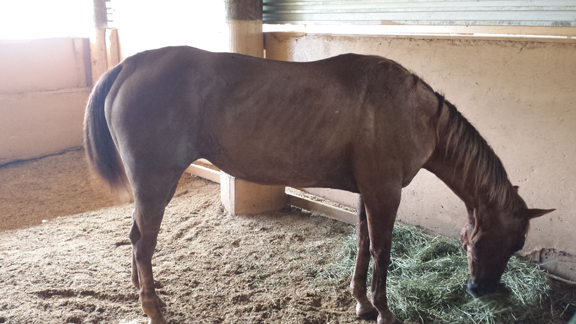